These are some of the books that I have either read or will be reading and some of my thoughts on them from a Falconer’s perspective. These are fiction books, there seem to be 100 times as many self-help falconry books that I would like to catalog later.

I mostly consume these falconry books by listening to the audiobooks. Often times while manning, training, driving to fields or even while hunting with my hawk. 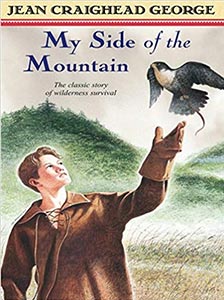 This book follows a boy named Sam who runs away and becomes self-sufficient in the mountains and learns and trains a peregrine falcon. Later turned into a movie, My Side of the Mountain has some basic falconry knowledge but is mostly about Sam’s adventures in the woods, the animals and the few interactions with other humans. Also, this internet meme.
My Rating: ???/5 (I probably should give it 3.5, It just wasn’t exciting enough for me). 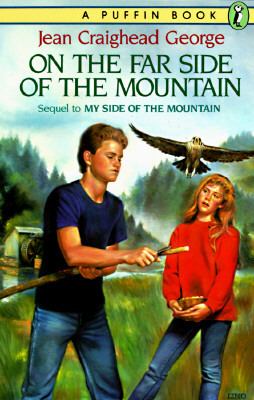 2 years later Sam goes looking for his sister and Frightful his falcon. Frightful is also the name of a falcon in the book Hawkmaiden (Spellmonger Cadet, #1). I wonder what’s going on there.
My Rating: ????/5 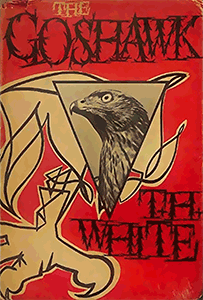 T.H. White is the same author who wrote The Once and Future King, Sword in the Stone and other literary classics. I wouldn’t call this a manual, nor is it fiction. It is a non-fiction book that has amazing realistic insight into what it is like to man, train, free-fly, and hunt with a goshawk. The imagery in White’s words is right on. I can perfectly see the bird’s reactions and mannerisms as if looking at my own bird’s mannerisms. T.H. doesn’t embellish or vier from what actually happened. It took him years of convincing by others to publish this. He was embarrassed by the numerous mistakes he made training his first hawk. Bonus points for that White.
My Rating: ?????/5 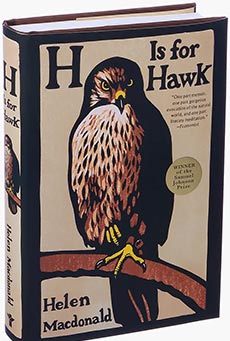 Helen has been a bird nerd and had dabbled in falconry since she was a little girl. Since the passing of her father, she tries her hand at becoming an austringer. Buys a tiercel passage goshawk and begins to train this semi-difficult accipiter. The most interesting part about this book isn’t her relationship with her past father, it’s the love/hatred for T.H. White’s book The Goshawk. The only thing you can get two falconers to agree on is that the third falconer is doing it wrong.
I learned some falconry history and some of the stories were interesting. I didn’t feel for her the hawk, her depression or solitude. Reading The Goshawk prior to reading H is for Hawk is something I would suggest as it was referenced a lot. She does an excellent job of describing the bird’s mannerisms, her vocabulary and writing style is top-notch. I just feel like Macdonald was trying to outdo T.H. White’s experience with his goshawk in the 1930s. An updated version of The Goshawk with a twist of depression. Valliant effort Helen! Congratulations on the number of awards, this book deserves them.

Also: Helen Macdonald and PBS put on a great series about training a Goshawk for falconry with a new second goshawk years after this book.
MyRating: ????/5 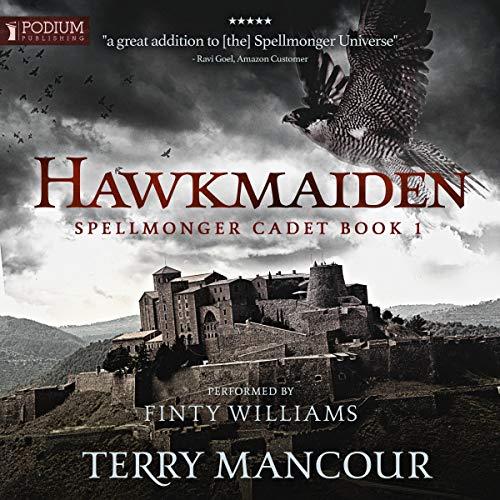 A story about a young girl who gets enamored by a ‘Silver Headed Raptor’ (I’m pretty sure this was modeled after a peregrine falcon.) Dara has to have this bird, yet she would have to get it from an impossible location and if she manages that, she will have to train the bird in secret. Dara of Westwood may have a made up hawk but, she uses a lot of real-world falconry techniques to train her bird. Dara also finds out that she has other talents that are non-falconry related.
My Rating ???/5

A continuation of the first book Hawkmaiden. I started reading it, less about falconry and more about magic so far.
My Rating: ❓/5 (I haven’t read it yet)

Sky Rider Spellmonger Cadet #3
by Terry Mancour
Good Reads Rating: 4.57 — 207 ratings
A continuation of the first series Hawkmaiden. I have yet to read it.
My Rating: ❓/5 (I haven’t read it yet)

Let me know if there are any books that you think deserve to be on this list. I’m always looking for a good recommendation. Drop a comment if you have falconry book suggestions or a differing opinion from my succinct/brief reviews.

Should these books inspire you to think about starting falconry…

You, as a falconer has come across all sorts of obstacles when hunting in a field. Your hawk has perched on all sorts of things that will give it a height advantage to survey a field for game. Most of the time the hawk will perch on trees, lamp posts, buildings, or the T-perch you carry to give your bird a better view as you move through the field.

Sometimes the perch is a power pole. In California, Pacific Gas and Electric (PG&E) are required to make it difficult for birds of prey to get electrocuted with their “Bird-Safe Poles“. However, not all are completely safe.

It is said that red-tailed hawks are more abundant in modern times because of man-made utility poles. Giving hawks a place to perch with an unobstructed view of hunting fields. Before man-made poles, hawks were limited to tree snags or other natural perches. Power poles, lines, and transformers still pose a significant threat to eagles, hawks, falcons and other birds.

Not all are safe and it is up to the falconer to recognize unsafe power poles before our birds perch on them. This is easier said than done. There are lots of dangers to look out for when hunting in the field, this is just another one.

If you talk to enough falconers, you will find electrocution is an all too common. Stay safe out there. ??

This is The Worst Source for Falconry but, I will try my best

You know how some people talk a lot on a given subject, seem very knowledgeable and you can tell the information comes from experience? That’s not this blog.

The best falconry knowledge is passed down from sponsor to apprentice. Falconry can be learned from a book, YouTube and from other falconers. However, hands on guided experience has always been best. Every falconer has their own way of doing falconry just different enough to declare what the other one is doing wrong. I am that other falconer.

So don’t take what I say as law, hell, don’t take it as a good idea without running it past a falconer you trust (your sponsor).

This blog is likely going to piss off other falconers in a number of ways. I’m giving instructions in a way that differs from others and I’m releasing secrets that were told to me in confidence.

That being said, these articles are mostly a collection of knowledge I am attempting to somewhat organize. These are processes I am often asked about by non-falconers and also thoughts I wanted to get down as to not lose them to time.

Next | Falconry is Not What You Think

And Falconry is What You Don’t Think It Is

My own personal definition of falconry:

fal·con·ry noun
The sport of trapping a wild bird of prey, manning, training to the fist, entering on game and hunting with your raptor using their natural God-given instincts and releasing back to the wild.

Here are some cavorts to my definition, but I feel that it still the purest definition of falconry.

What Falconry is Not

Falconry is not pet-keeping. It is not a sport to be abused for the purpose of having a cool bird. This is generally frowned upon and often times not fair to the bird.*

Falconry is a hunting sport. It is dirty, gritty, bloody, painful, difficult, trying and rewarding. They say you will experience your highest highs and your lowest lows. This is true for me.

*What about Cosmos? Your Great Horned Owl doesn’t hunt. This is true, however not for a lack of trying. I wish I was a more skilled falconer / owlerer. Cosmos is trained to the fist, lure trained and has taken rats. At the end of the day, Cosmos is a well-trained owl pet. I love him and will continue to give him the best life he can live since he can’t be released back to the wild, since he is imprinted. He will continue to be an education bird as well.

Next | Never Become a Falconer

6 Reasons why not to become a falconer

If you think you have passion for birds of prey, falconry will test you. Here are a few of the reason not become a falconer.

Next | How to Become a Falconer

If you are still reading, you might have what it takes to being your falconry journey.

Here are the three stages of falconry as I see them.

How to Become a Falconer

Remember to take your time, it’s the journey with these magnificent raptors. These are the stories that will stick with you for a lifetime. You will build friendships and experience things 99.9% of people will never get to experience.

Be sure to come back, I would love to hear your stories. Good luck and godspeed!